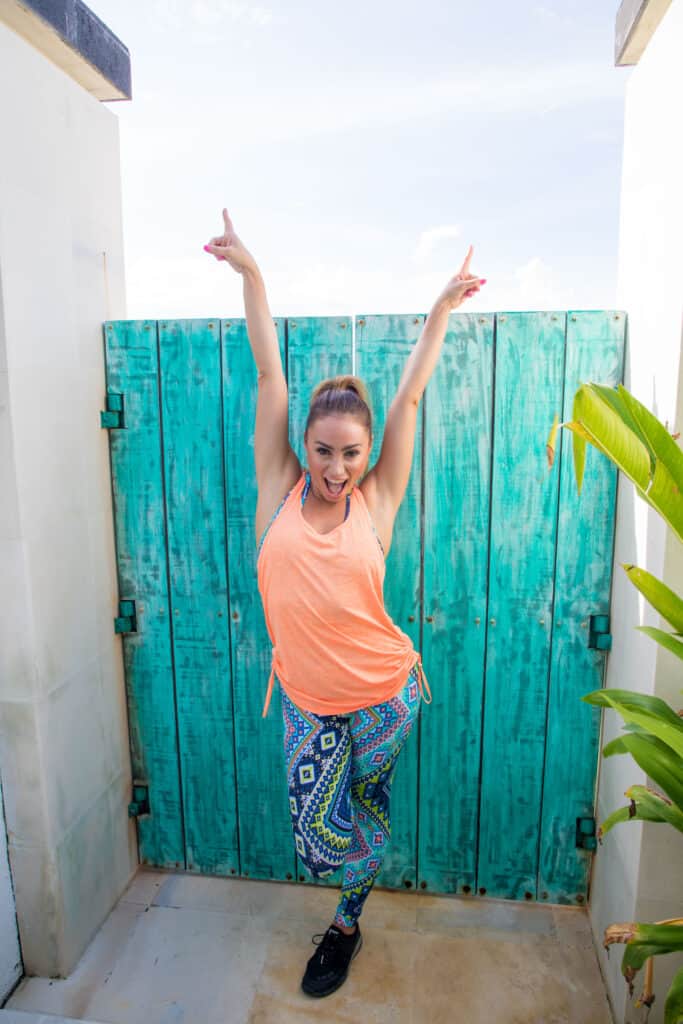 Change These Negative Mindsets To Start Transforming Your Life

We’ve already spoken about why mindset is such a crucial part of living your best life. But before we can develop positive mindset and great habits, we need to recognise and start to work on changing our current behaviors.

We’ve already spoken about why mindset (or some people like to say mentality) is such a crucial part of living your best life. But before we can develop positive mindset and great habits, we need to recognise and start to work on changing our current negative and destructive patterns, thoughts and behaviours.

Where Does Our Negative Mindset Develop?

But we’re focusing more on ourselves today (Internal factors). I believe a great deal of our negativity comes from bad and destructive habits. These learned, automatic behaviours impact on us more than we consciously realise!  Habits can lead to destructive behaviours, which we rarely question and even worse, think we can’t change. How often have you heard someone say “oh thats just my character, I’ll never change”… These beliefs then lead to a negative feedback loops on our minds which cultivate that bad mindset.

Take a moment and read more here about why habits are so fundamental in our lives. What they are, how they are created, how we can go about changing bad habits and how we can introducing positive new ones into our lives.

Let’s dive straight into some common negative mindset thoughts and behaviours. These are almost always manifested through negative internal dialogue/self-talk. Sometimes it even starts in a light hearted joking manner. But then it can transform into self-sabotage & self-loathing. We then often find ourselves in a spiral where the process repeats and worsens.

So, as you read through this list, see if you can relate. But importantly, be honest with yourself. I’ve tried to give a personal example in each, so I’d like you to do the same! Honesty is the only place to start in any journey of change.

Do you have a sense of entitlement?

This is one of the most dangerous mindsets traits you can have. It’s a sense of superiority, a sense of deserving without the work. It just sucks the initiative and self-determination right out of you.

Instead of the gritty “work your ass off” bottom up approach, you usually intend to start at the top of the ladder. This is also manifested hand in hand with jealousy.

E.g. I’ve been trying to grow my business for some time now, yet im not at the point where i want it to be. But i should be because I deserve it.”

Do you find yourself jealous easily?

E.g. You see a beautiful person on a stunning beach on Facebook. Tell me the truth, is your first thought admiration of their hard work to get there or is it jealousy?

Do you always feel a sense of failure?

This goes hand in hand with unrealistic expectations and goals that you set yourself.

E.g. I’ve often decided I wanted to lose weight, and will try to lose 5kg in 2 weeks, which is totally unrealistic. When I don’t reach that number, I feel like a failure.

A situation where you feel that you portray a person that you don’t believe you are.

E.g. Read my article here on how i felt like an imposter whilst i was “ secret eating”.

Do you always place blame on others?

A form of entitlement, where you bypass the real source of the issue which is yourself and shift responsibility to others.

E.g. I would often be very angry with my dance partner who constantly was reinforcing the importance of looking good, which in reality was a required element in the success of a professional dancer, as much as using a stethoscope is for a doctor.

This is another way to say that you place blame on others. If it’s someone else’s fault, you are the victim. You avoids and fight reality with a lack of honesty. You blames everything and everyone, instead of taking responsibility

E.g. In my first year of university, I didn’t perform as well as i imagined. I would blame the fact that I was put in the worst tutorial group, I would blame my lecturers for not teaching me well enough, heck I would blame the traffic for me being stressed when I arrived. Instead of what I should of done, which was be honest with myself and face the reality that I simply wasn’t studying enough.

Are you known as always being cynical?

Cynicism is a belief that nothing and no one can be trusted, in particular it’s a general distrust of others’ motives. This type of thinking often prevents you from believing in anything enough for you to become engaged

E.g. I always thought this girl at a shop I worked disliked me, she was always really short with me and never smiled. Then One night we had a work party and she had a little too much to drink and admitted that she really wanted to be my friend but was really shy and didn’t know how to approach me. So the inner cynic in me judged her and it prevented me from starting a potentially great friendship!

Do you often tend to catastrophise?

Not achieving goals or tasks is common and normal. When we over inflate the impact of this, we again make ourselves feel like failures. We tend to not look at reality.

E.g. missing the gym one day, is not the end of the world, and doesn’t mean you’ve failed on your body transformation goals.

Are you constantly pessimistic?

You’ve heard the saying, are you a glass half full or half empty type of person? Although it’s not as simple as this, it’s a good start. We’ve discussed elsewhere that as humans we are actually hardwired to be negative as a way to mitigate risk. But like with everything, balance is key. Sometimes it’s helpful to be pessimistic and take things cautiously, but other times we want the strength of mind to be able to be optimistic and positive of a particular course of action, which we may otherwise not pursue.

This is a feeling of not really caring at all for anything, not having any passions or interests. This usually stems from a collection of all the above traits we’ve already discussed. If internally you’re a cynical, guilt ridden imposter, you naturally tend to lose interest in most things as a defence mechanism to combat that constant feeling of failure and starting from scratch.

The following particular behaviours aren’t negative per-se, but they can magnify your negative mindset, so we always want to be aware when we are thinking this way:

Are you a black and white thinker?

Life is full of grey, those of us that think in extremes always have difficulty being flexible. This tends to lead to an all or nothing approach which can then precipitate feelings of failure and cynicism if their goals aren’t met.

E.g. commencing a good eating plan, by removing ever single treat food from your diet will not be sustainable as opposed to commencing your new plan with daily treats to keep you happy and motivated.

Do you label yourself and others?

Can be very destructive and often is the first presentation of negative self talk and poor mindset. Furthermore, It’s very much more likely that the label is negative as opposed to positive.

E.g. being a lazy good for nothing is common self talk. Being an over achieving goal hitter is less likely something you would tell yourself and believe it.

This is coming to a general conclusion about something based on a single event, weak evidence or lack of honesty. If something bad happens once, do you expect it to happen again and again. Have you ever caught yourself using words like “always” and “never”.

E.g. ”I’ve tried to lose weight so many times and it’s never worked”. But in reality it’s never worked because you never actually changed your bad eating habits and you weren’t honest with yourself.

Do you filter information?

This is concentrating on the negatives while ignoring the positives. It’s ignoring important information that contradicts your (negative) view of the situation.

E.g. When I used to have reviews at work, my boss said most of my work was great but he also said there were a small number of mistakes that had to be corrected…he must think I’m really utterly hopeless.

In my experience, overthinking is one of the biggest issues we all face when we are in the middle of a negative mindset or mentality. By default it’s a cycle which tends to become more and more negative the more and more we think. Often we end up becoming “frozen” in our minds, full of self-limiting beliefs which stop us from making any physical action.

Ultimately action, no matter how small, is what gives us progression.

E.g. How many times have you caught yourself thinking about all the reasons why you don’t want to go to the gym, the traffic, the lack of suitable clothes, the niggle in your knee etc. And in turn, how many times has that actually stopped you from going. If you’re anything like me, i would say lots!

So How Can We Change?

Well if you don’t already know, our approach to change is all about taking action. But to take action, we need to: 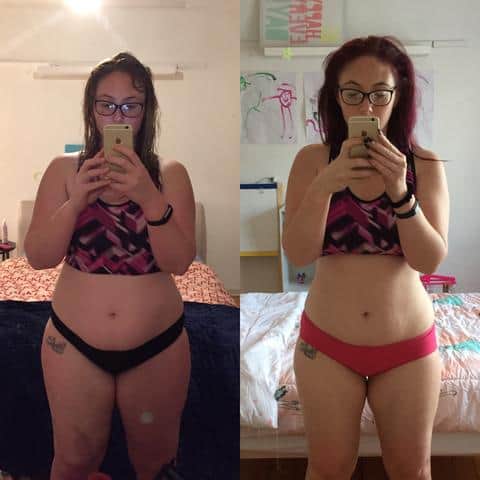 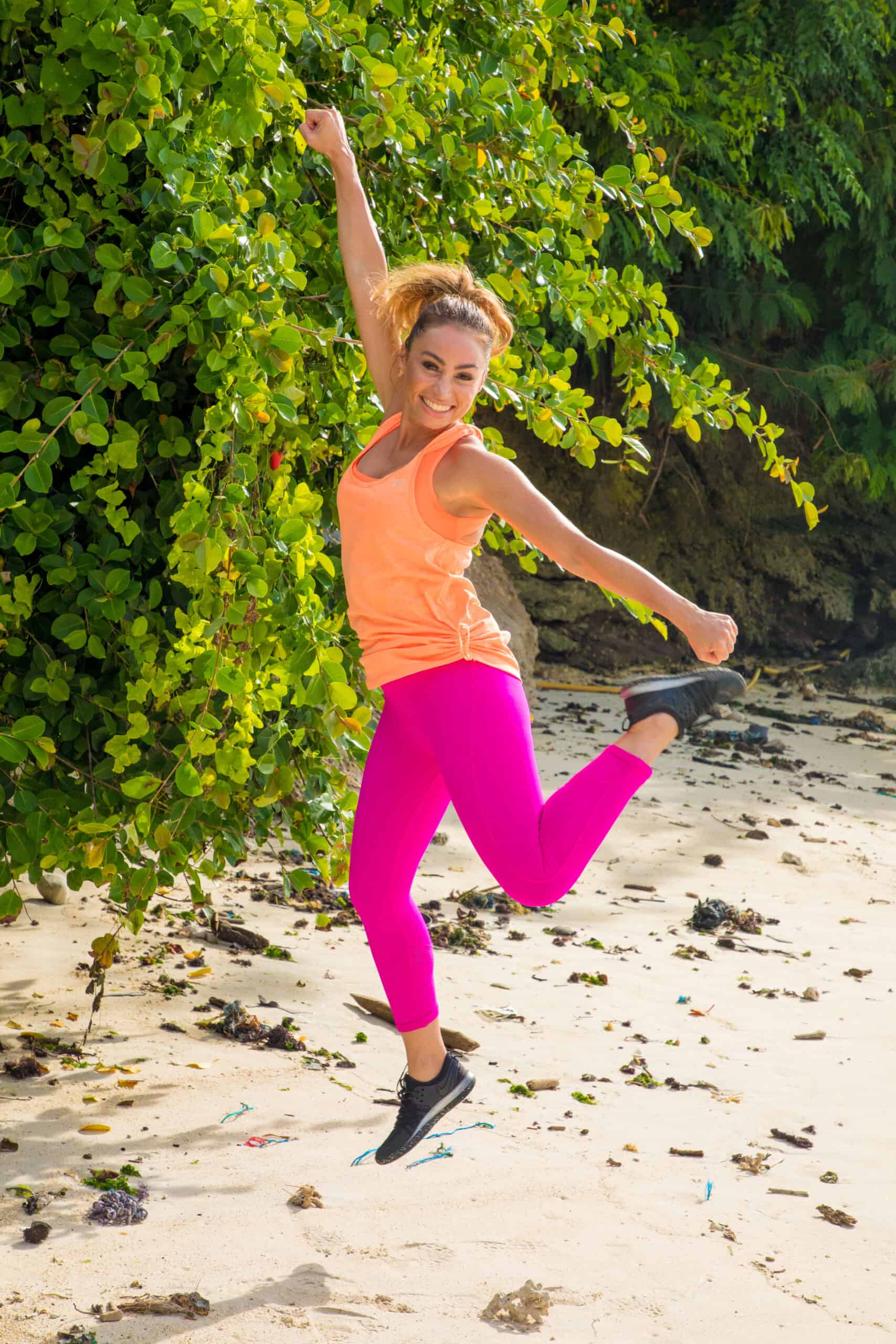 Mindset
Start Here To Unlock Your Best Self
read more >

BEFORE YOU GO… BROWSE THESE